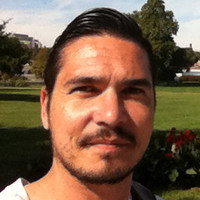 The Japanese Tea Ceremony and Pancultural Definitions of Art

Dominic McIver Lopes (2014) and Yuriko Saito (2007) claim that the Japanese tea ceremony, or chadō, is a non-Western art form. Stephen Davies (2012) also defends that claim. In this paper, I utilise the tea ceremony as a test case for pancultural definitions of art. I argue that Davies’ (2015) hybrid definition is not justified in assuming a homogenous art tradition and/or a unified conception of artistic practices in a non-Western culture. Additionally, Jerrold Levinson’s (2002) Intentional-Historical definition fails on two fronts. First, the non-art origins that were formative for the regard that is required for appreciation of the tea ceremony means that the standard version of the definition fails. Second, the tea ceremony does not count as art incidentally as it is not a form of mimesis nor does the Japanese wabi aesthetic that is central to chadō have a precursor in known Western art.