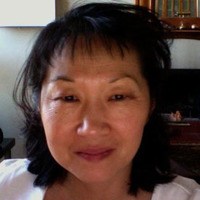 My aim is to reconcile two key features of Kant’s aesthetic practice. Kant speaks of our act of judging beauty as having a social character, making it receptive to the persuasive force of other’s judgments. Yet, for the sake of autonomy, he says we should tolerate no one else’s opinion but our own. For to go against our convictions, and depend on the consensus to give our judgments a warrant, would be heteronomy. An apparent tension thus arises between Kant’s social criteria and autonomy criteria, particularly in disputes over particulars. When disagreements arise, Kant’s autonomy criteria urges individuals to think for themselves, even if it means dissenting from the majority consensus. Thus, our freedom to disagree would seem to displace the gains of his universalist theory. The theory itself is silent on this issue. I draw on an alternative source, not a theoretical one. The problem of how to relate individual dissent to the authoritative consensus is basically a problem of part to whole, solvable along the lines of a social organicism. An organic model offers a substantially different way of relating individuals to the consensus than the theory: allowing freedom to dissent without undermining the unity of the consensus.